The Menagerie of The Tower Of London

What do you give to someone who has everything….. or…. has the means to obtain anything??

Something they didn’t know they wanted, of course! So foreign dignitaries brought exotic animals to impress the Royal Family. These animals, 60 species at the height, populated the Royal Menagerie and, those alive when it was closed, moved to a zoo.

Some of the wire sculptures… watching the people instead of the other way around.

In remembrance of the elephant that only survived for 2 years in spite of having a full time keeper. Might have been the beer…. you see, no one in the Royal Court knew what it was or what to feed it… they were told it liked beer, or so the story goes… Reading how they described it instead of just naming it was amusing. No one would know what it looked like by hearing its name so it was described by the colour and texture of its skin, its immense size, and odd protuberance…

The lions from inside the old moat. Some say they are the origin of the use of lions on British Royal Banners though historians disagree. They used lions on the banners from the 12th century on when kings started combining their family coat if arms with those of their wives’ families.

Another view of the wire statues… they are watching us…. 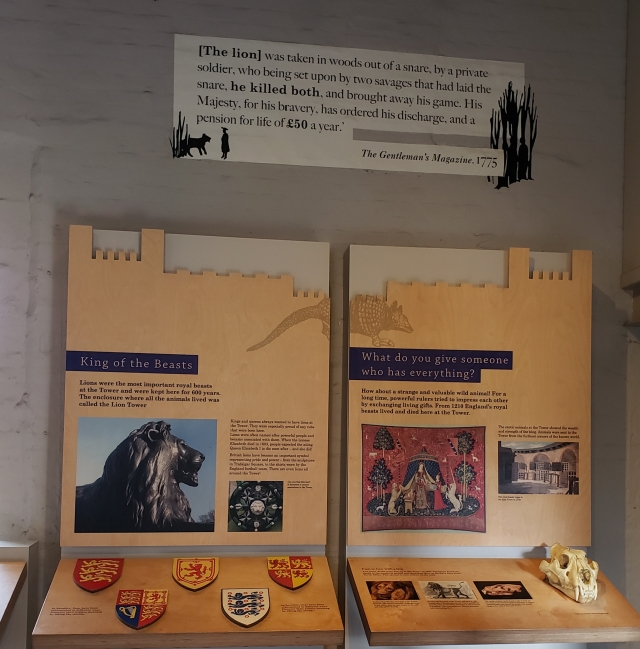 Some information about the Menagerie