The Royal Mint at the Tower of London

The Royal Mint was once housed at the Tower of London. Now there is a museum in it’s place. It was interesting to know how people shaved the coins to get the silver… the Jews were blamed and persecuted for it. Also the coins were rarely replaced though some monarchs made a point of updating them and the mint was used for this purpose.There was also a display showing how a king from another nation (sorry, I forget which one) simply had his image stamped into the center of other nation’s coins to use them as his own and thus not have the expense of minting his own…. clever….

More of the display outside the mint with crates of ‘coins’ and wagons with small ‘trunks’ that presumably contain more coins. 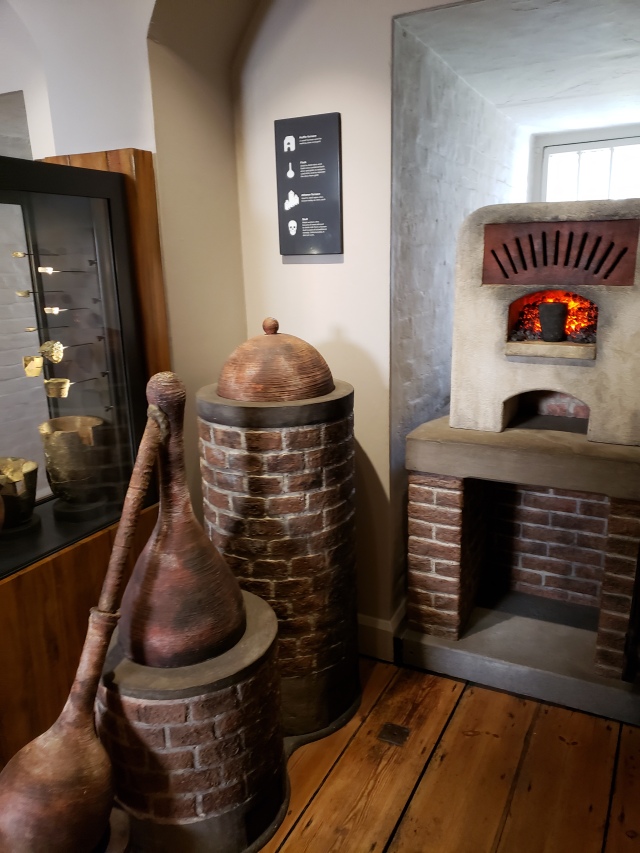 Some examples of devices used to melt the silver for the coins.