Our home for the first 2 nights in London

Stan Outside our building.

The breakfast room with the courtyard and more cottage rooms through the double doors at the back. The Britannia Inn in Ilford is much larger that it appears. 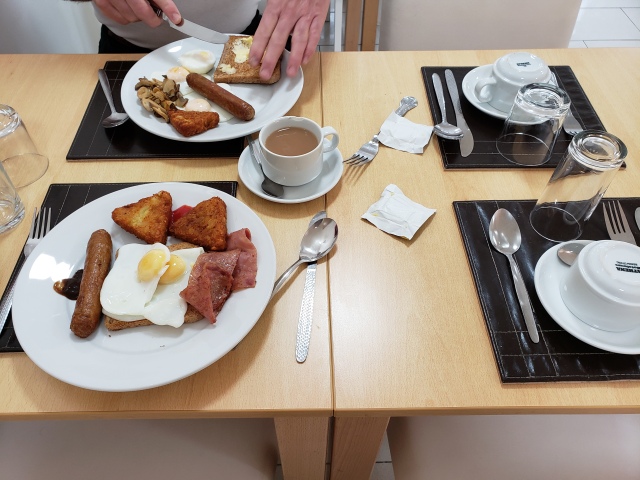 Full breakfast…. no need to eat again before supper…. 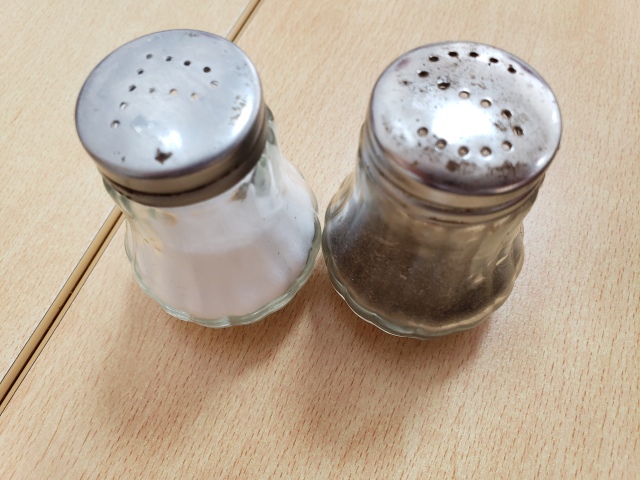 Our hotel stay was surprisingly comfortable and breakfast was great. It quickly became home… 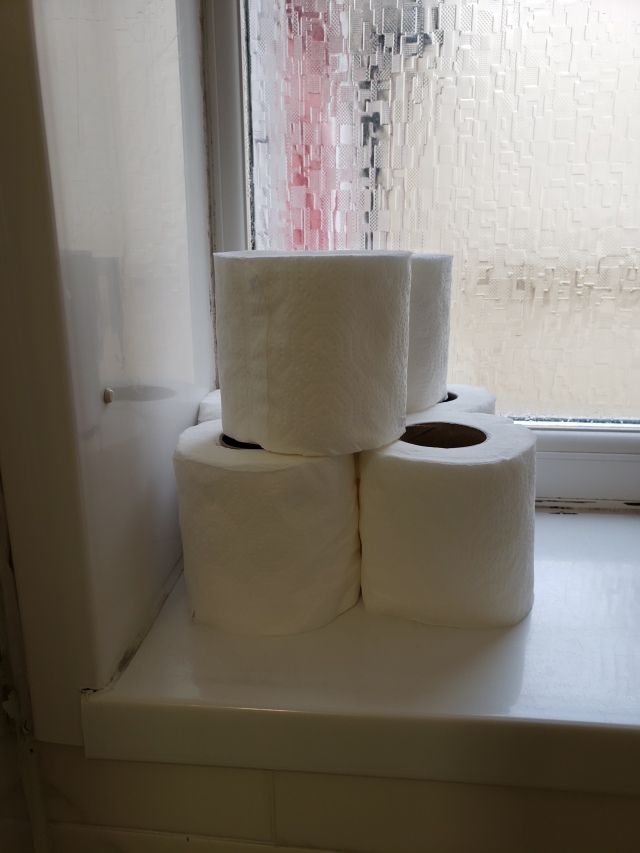 Oh, another little factoid… the pile of toilet paper was unexpected, but it appears that each roll is not as big as one would think….. they don’t last very long especially when used as tissue as well…… lol

Started our travel adventures with Gramma Barbie just getting over a nasty cold and Stan having a ‘man’ cold….. brought along an old remedy…. hoping all the hype is true……..

Here we sit for 6 hours waiting for our 8 hour flight to London…. this adventure has begun….

My next adventure is about to begin

I have neglected this site for long enough – never did finish my blog about our medical mission to La Florida…. it was a interesting time and an adventure I would like to repeat…
My next adventure is a trip overseas to visit Paris, London, tour Great Britain and Ireland then attend a wedding in Scotland. Thanks to my niece I am moving my plans forward and taking a 7 week trip that will include attending her wedding. This time I will be travelling with my childhood sweetheart and now husband….. what could be better…. I will try to keep up with entries so you can share it with us………………

The Road to La Florida

It was quite the day getting to La Florida where we stayed for the brigade.  We met at the Airport in Tegucigalpa – a group of people each with our own preconceived idea of the next week.  Some people knew each other; a few had been there before; some only spoke Spanish; some only English, but we all had the same purpose in mind.  We all looked forward to serving an under served population and, perhaps with even more enthusiasm, to learning from the people of this mountainous region of Honduras. 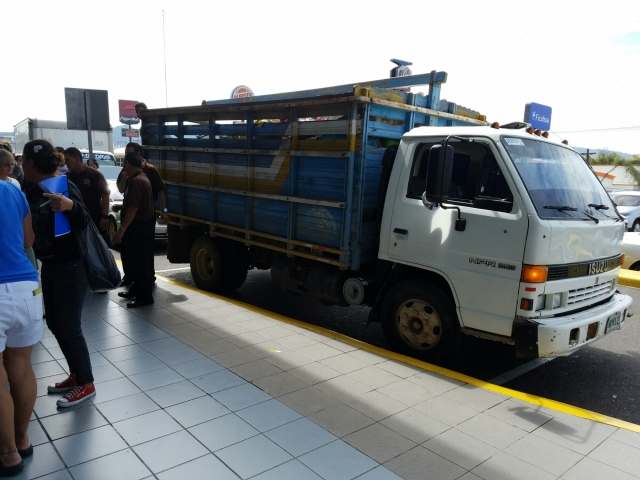 The mayor of Opatoro helps the brigade with transportation.  This is the coffee truck sent to take our supplies and luggage to LA Florida.  These trucks are standard transportation for much more than just coffee in the region.

We also had 2 rented pickups with us that were our transportation in La Florida. 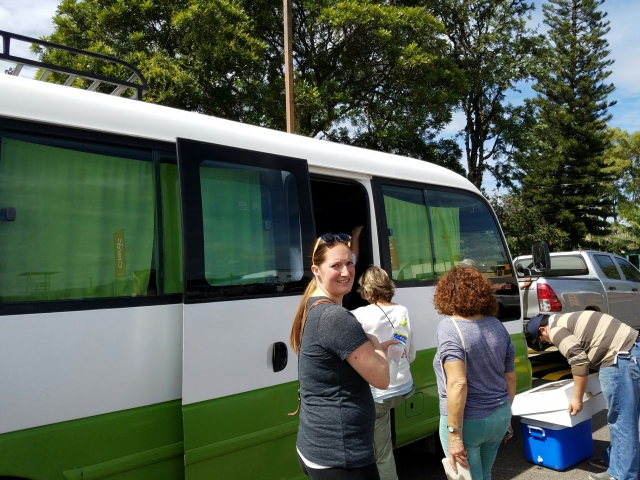 The bus that transported many of the brigade – also sent by the mayor of Opatoro.  Lunch is being served…. sandwiches catered by a single mother who also provided a wonderful meal for us on the last evening.  In the picture are Heather RN, Gisele, Diana ARNP, and Marlon our Honduras Director and a dental surgeon.

They make the bugs big in Honduras.  Literally.  A boy was selling these bugs made of local grasses at the airport.  It was about 5 inches long. Another boy tried to sell us scented soaps, not sure if they were for laundry, but they were very strong smelling. 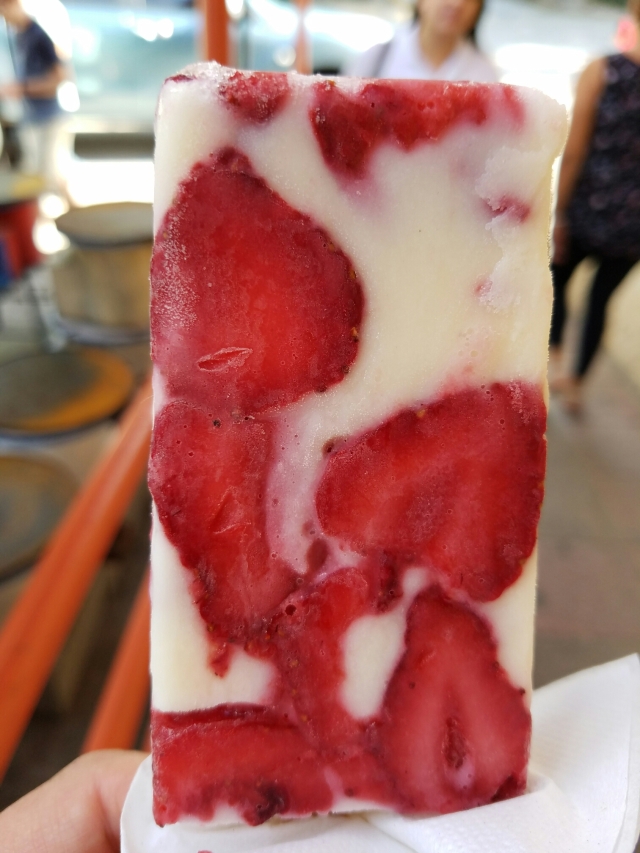 We had a stop along the way where I enjoyed a wonderful frozen strawberry delight.

Our rest stop was guarded by heavily armed individuals in the parking lot and security guards in the store with pistols on their hips.  This made me think that the reason we had been told that we needed to be in LA Florida before dark had to do with security.

Turns out that the real reason was how high we would be in the mountains and the dangerous low lying fog we could be driving through on very rough roads in the dark.  The above picture was taken on the way out…..we did end up driving in the dark on a starlit night on our way in.  Turns out there is a thing called ‘Jennifer Time’. 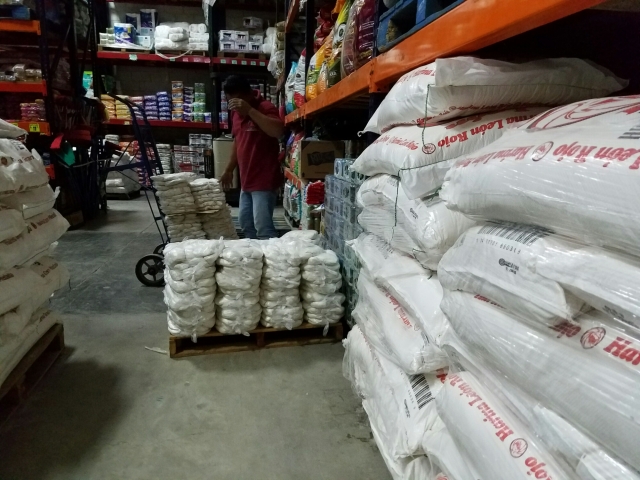 We had a brief stop at a grocery store on the way….not sure what was in the small plastic bags of a white substance . …I am sure it was not what it looked like…

Here brigade members stocked up on essentials like beer and wine and snacks. ….La Florida is a dry village which is just one reason that many of the people we saw were basically healthy.

This is coffee growing country and we had to stop at a great coffee shop for a cup of the local brew.  As you can see it was already getting dark, but…..we were on Jennifer Time……

Sticker shock when we stopped for diesel.  A litre of diesel was 18.38 lempira….a US dollar is worth 22.5 lempira to put this into perspective.  So the price was actually $51.55 USD to fill the tank of the 20 seat bus. 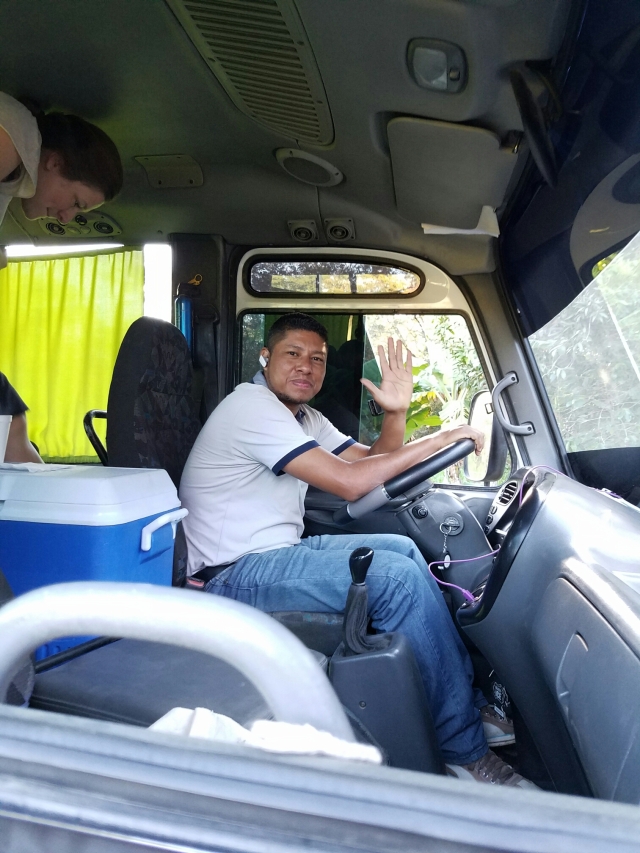 This is our driver for the trip to La Florida and back out.  He took it very slow and careful over the very rough roads probably because he owns the bus company and those roads could have destroyed the bus….I didn’t get good pictures of the road on the way in, but they had been almost washed away in places by the rains and there were deep troughs cut in them by the rushing water.  I  do have pictures of the road on the way out as we traveled during the day…..left late …. on Jennifer Time…, but still in the morning.

A couple of the team members with the luggage containing supplies .   Waiting for the transport truck which should be here in a Honduran moment.

Got to Vancouver airport and my first flight was delayed 1 hour . .. a problem because I only had 44 minutes between flights in SF….I  get through security and customs and get a message from Expedia that my first two flights are cancelled . …now what????  I go to the gate to find out that I am now flying to Denver then Houston.  Still have an over 9 hours layover in Houston . ….  and so this adventure begins !!!

The front pack is stuff to leave in Honduras and the back pack is my luggage .

I must have English written on my forehead.   Almost everywhere I went the people would speak English to me.   I finally started to pretend not to understand them and tell them that I spoke a little Spanish.   They would then speak slowly and distinctly in Spanish which gave me the opportunity to practice listening to and speaking Spanish.

My time in Spain seemed long as I looked at it from home.  As I flew home, I realized just how short it really was.  So little time to learn and practice Spanish and yet I feel that I have made great strides.  The trip was a success and I will return.   Longer and more countries next time.

The rain started as I left….?tears?

My Last Airbnb Room for This Trip

I should have opened the shade for the picture.   This was a self check in apartment with 5 bedrooms, a nice kitchen and 2 bathrooms.   The hostess sent easy to follow self check in directions.  She didn’t explain how to get out without keys, though….luckily it was easy to figure out.

You could arrange to do a load of clothes for 5 euros….

Some items asking to be eaten. 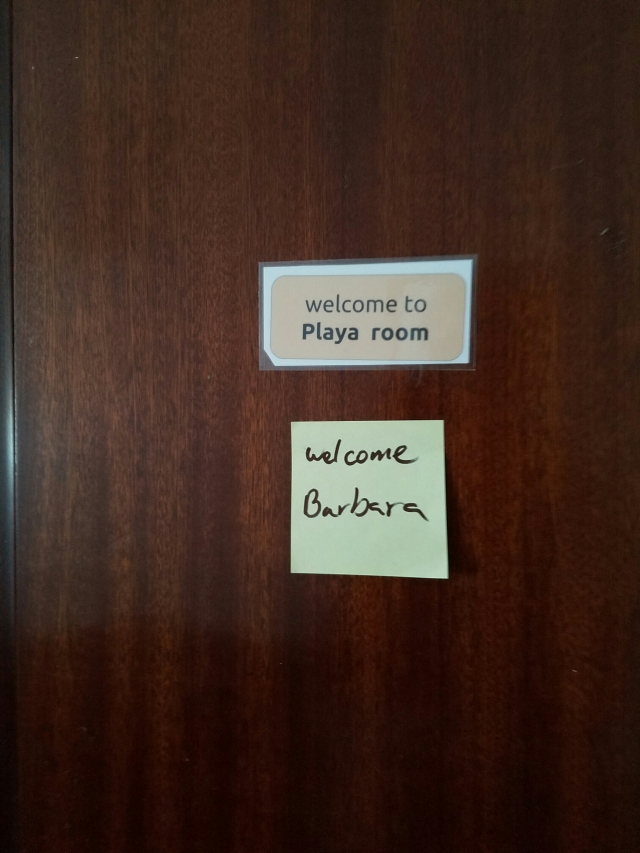 The reviews on Airbnb website indicated that there had been problems where people had taken the wrong room.  Perhaps that was why my name was on the door. 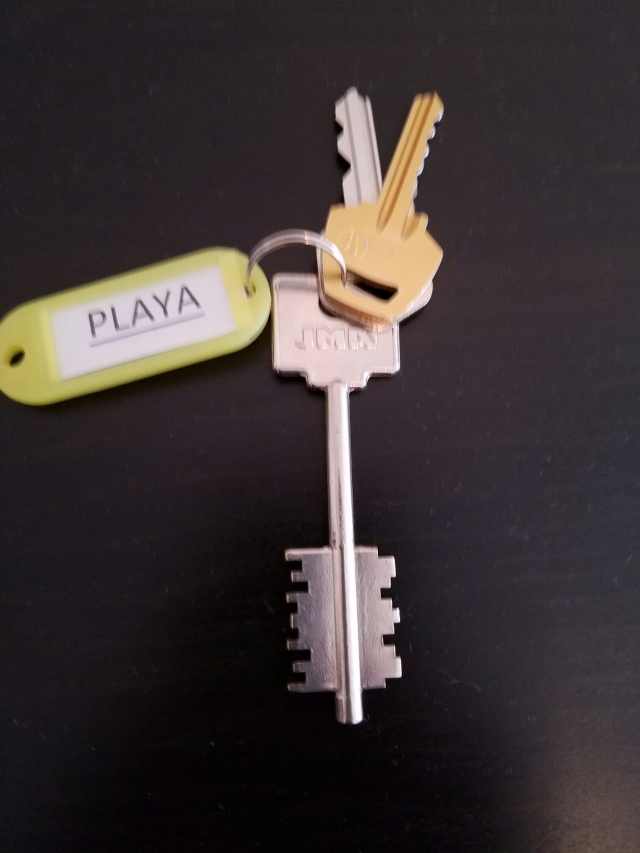 The apartment door key was interesting.  It opened the door which then automatically locked when you closed it.  There was a big sign telling you not to lock the door with the key..

My Fascination With Doors 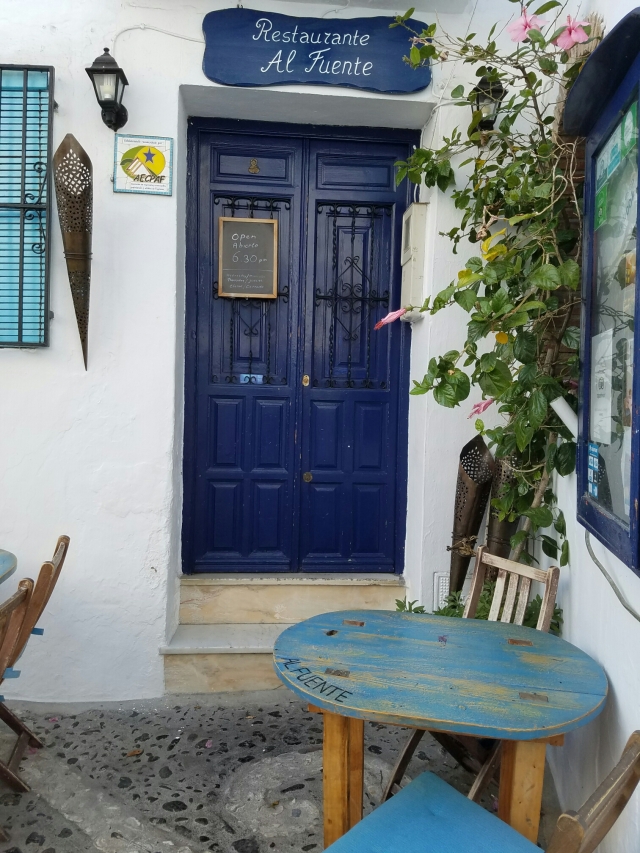 Books have been published celebrating the doors of the world.  I find them fascinating.

It looks like this area has had some flooding.

The doorknob in the middle of the door is a little different . 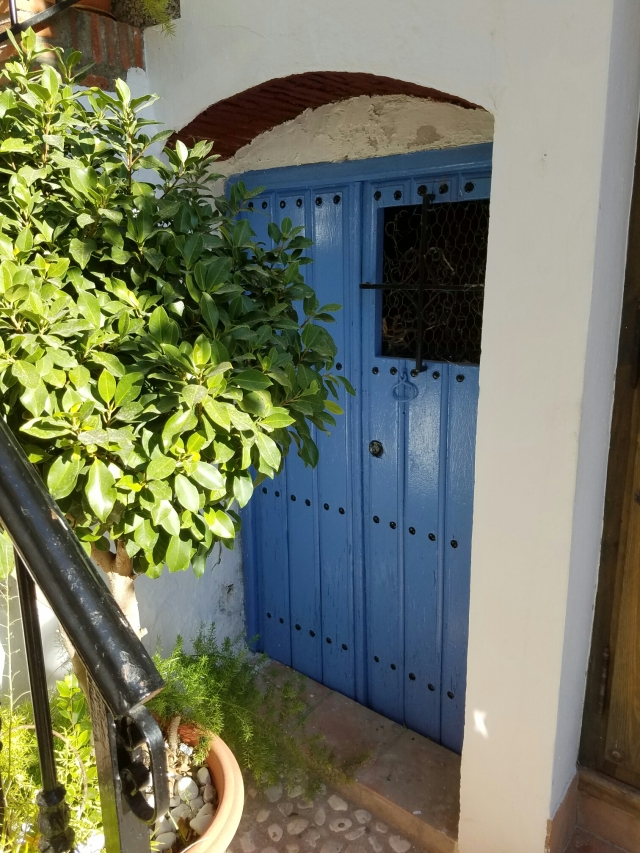 Blue doors are my favourite and there were lots of them. 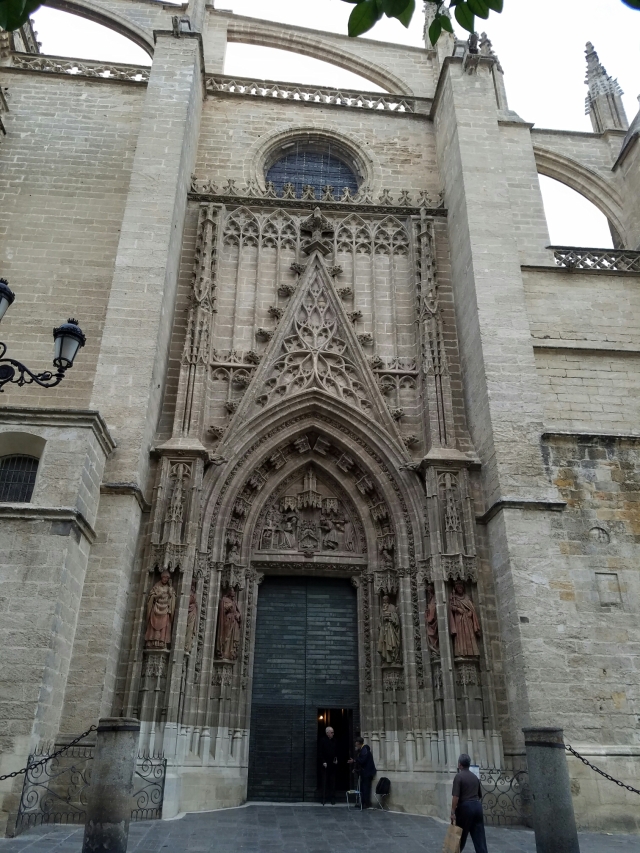 What can I say…… like taking pictures of doors….

They make them fancy ….. 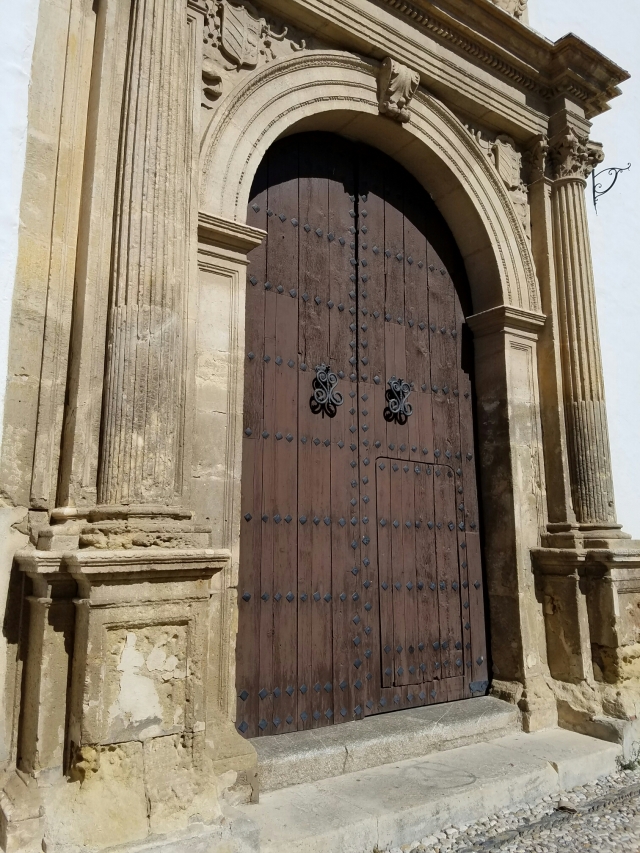 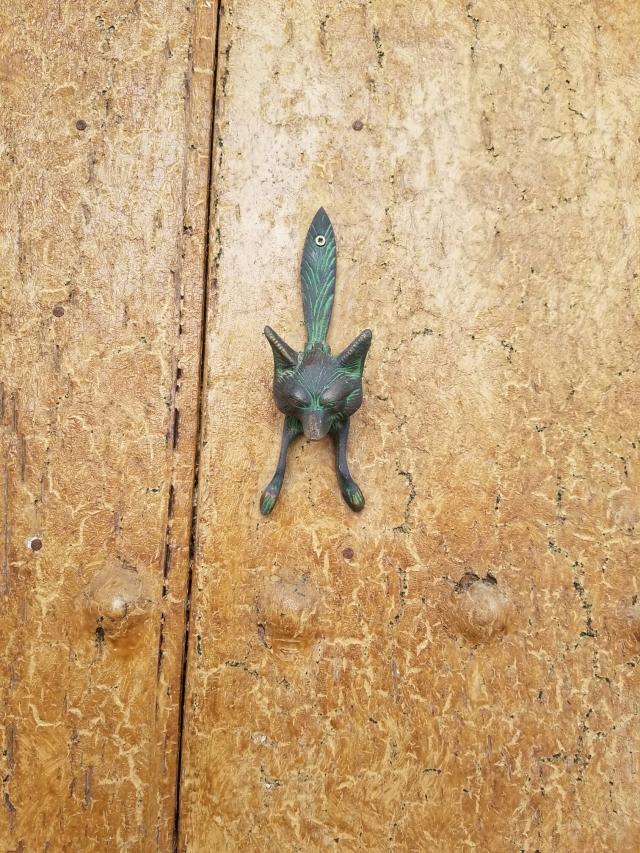 This one had a foxy door knocker…

Okay….enough doors . ..from this trip.