Courtyard of the Lions at Alhambra

As promised, there is a story to be told about this courtyard.

As mentioned, it was very unusual for Muslims to depict living creatures for fear of creating idols.  They didn’t even depict Allah except by writing his name and by ensuring perfection in their buildings and decorations.

This courtyard was influenced by the Sultan’s exile and time with Romans experiencing their elaborate sculptures. The pillars represent the palm trees of a desert oasis. 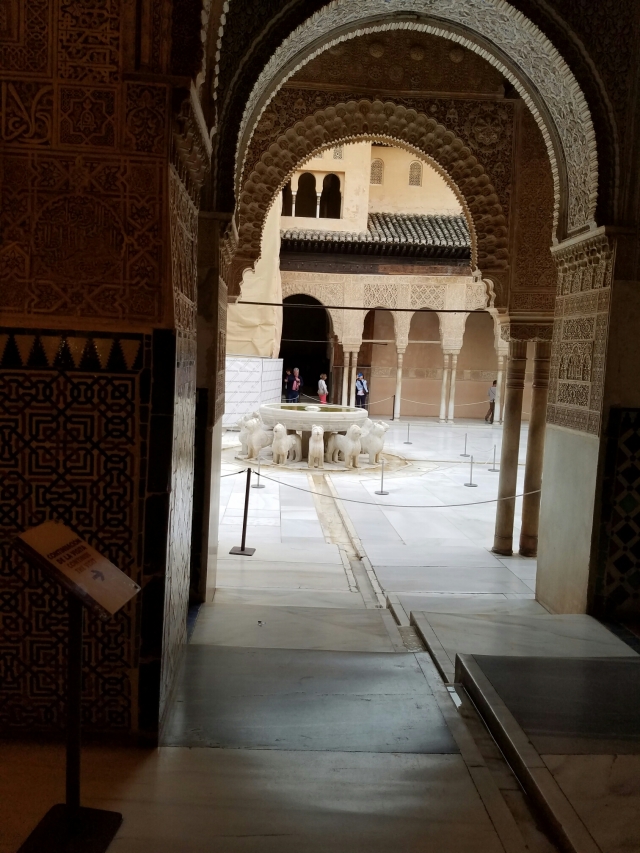 This fountain has 12 lions which, by the way, were out for renovation for 10 years.  The courtyard has also been completely returned to its original splendor.  At some point the lions were all painted different colors (shudder) and a flower garden was planted in the Courtyard (shudder again).

These lions all have different facial details.  No 2 are exactly alike. The Sultan who had this courtyard built was influenced by the Roman statues and buildings he encountered when he was exiled.   He satisfied the Muslim clergy by making the lions into beasts of burden by having them carry the fountain on their shoulders. In this way, it was very unlikely that they would be idolized. 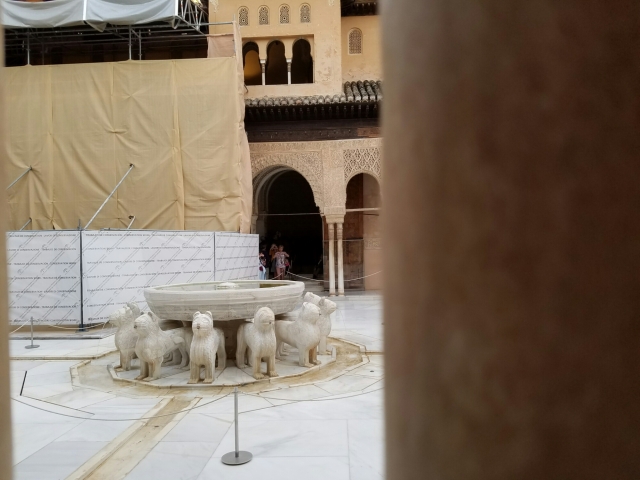