To The Top Of The Bell Tower

The bell ttower on the Cathedral in Seville is open to visitors.  It is called the Herald a Tower (or El Giraldillo).

It’s a long climb up the 100 meters (330 feet) to the top, but well  worth the effort. Most  of the ascent is on ramps that  alternate between being steep and more gently sloped.  There is only one flight of stairs at the top. 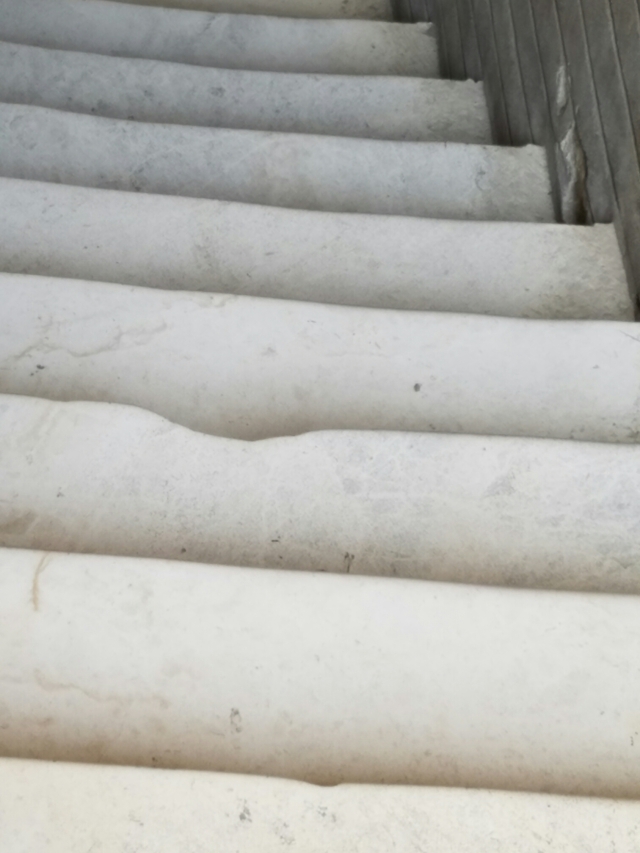 The stairs were well lot and showed the wear caused by the masses of people who have climbed them.

There were many little balconies on the way up the tower where you can get views of the Cathedral unavailable from other vantage points.  The disrepair was evident.  There is job security for generations to come for those working to restore this historic building.

Those are citrus trees in the courtyard below.  There are many such courtyards in the city and similar trees grow alongside many of the streets. 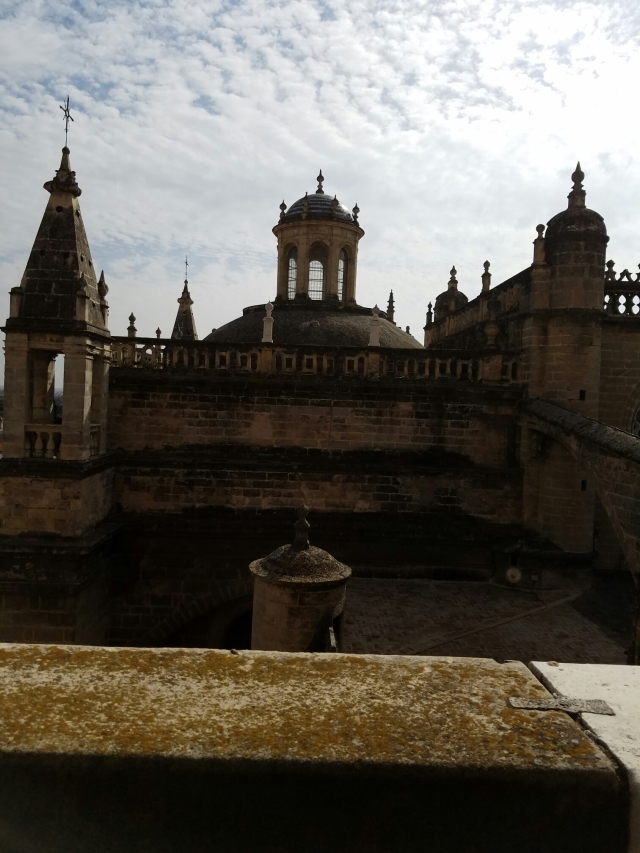 An interesting piece of the Cathedral’s history is that it once the minaret of the mosque that stood on this site.  Many such religious buildings were destroyed by the conquering Christians and Cathedrals were built on the site in a show of power.

A view of the city from the top .   Not sure what that one towering building is.  I saw it up closer from the bus station when I left the city and didn’t see any signs to indicate what its purpose is.

That is a huge bell.  They rang at 3pm when I was up there.  Very loud! 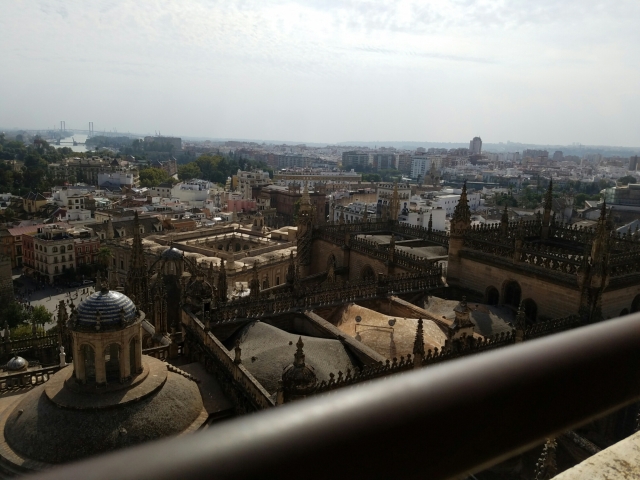 Overlooking the Cathedral and another view of the city.